Are you looking for a work experience with a difference? Then why not consider spreading your wings and travelling somewhere further afield. For those with a valid passport and an adventurous streak, there are many working opportunities abroad.

Breaking out and building a career in foreign lands has many advantages. In many ways, you are able to reinvent yourself, gain a new circle of friends and live a different lifestyle. But which destinations are best for career development and opportunity? Where best to focus your ambitious dreams? 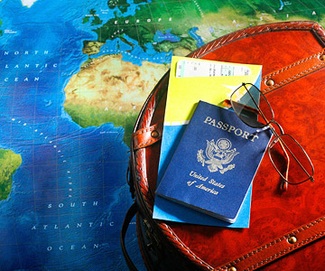 The Middle East has long been a magnet for intrepid souls seeking their fortune. The famously high salaries and attractive tax set-ups mean that many countries in the Middle East attract young careerists. One of the most popular destinations is Kuwait, where opportunities abound. The news that Fahad Al-Rajaan steps down from his prominent banking post has not dented the energy and optimism in the Kuwait job market and economy. Securing a role in this country could be the making of you, as many ex pats are often placed in positions that really stretch them, helping them to build useful skills and invaluable contacts for the future. If you are looking for a challenge in a very different cultural framework, where talent and skills can take you far, consider looking for a role in Kuwait – it’s guaranteed to be something different.

With business qualifications such as an MBA, there are many career opportunities in industry in Africa. Global corporations such as General Electric have a strong presence in this part of the world, employing over 100,000 across the continent, and for those with the right skill set, it can be a wonderful place to operate. The mining, energy, finance and consulting industries are all buoyant in Africa, and places such as Nairobi in Kenya, Mozambique, Ghana and South Africa are all worth researching for positions where your qualifications may speak louder than your hands-on experience initially.

English teachers are in great demand in the Asian markets, and in Japan especially, there is a long tradition of English teachers being employed. At the age of five, all children are taught English at school, which continues until they graduate high school, so there is a willingness to learn from an early age. There are many language schools in Japan catering for the hunger from the indigenous population to learn English. It’s not just the children; adults have a drive to learn English as well, as it is generally seen as a boost to career prospects. With high salaries and relatively short hours, many young travellers find teaching Japanese a wonderful introduction to East Asian culture. With money and time to spend on exploring this fascinating country while they teach, many English teachers end up spending longer than planned in Japan and building a career they could never have envisaged.

Whether you are thinking of finding an interesting short-term position or planning a long-term career strategy, considering fresh horizons is always going to be exciting. Kuwait, Africa and Japan are three diverse locations, each offering their own unique type of employment adventure. How much longer can you resist the pull of these far off lands of opportunity and possibility?