Skateboarding offers a person a multitude of levels, with the sport attracting more and more seriously skilled riders, yet it is also a form of recreation among British teenagers, with kids as young as 6 or 7 taking to the board. Skateboarding can also be considered a form of transport, and with a 3-mile trip to town along pathways and subways, one can walk-skate in record time. People socialise around their skateboarding, with small groups often meeting up and showing off their latest tricks, and in a very short time, the sport has become as popular here as it across the water. If you’ve ever wondered how skateboarding began, here is a brief timeline of the history of the sport. 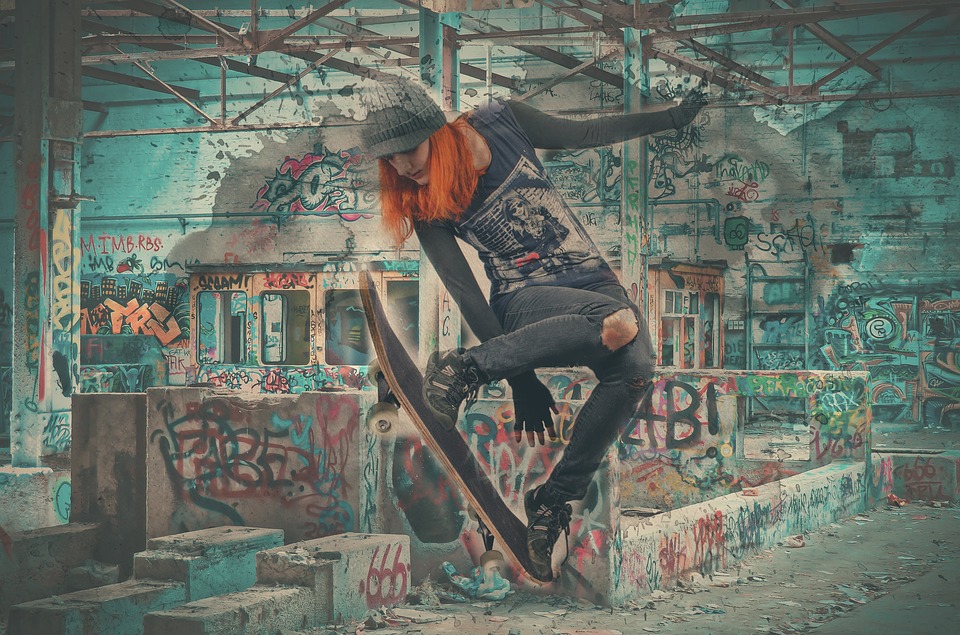 While roller skates were already on the streets of America and Europe, the board came next in the form of a simple plank of wood that has the wheels fasted onto one side. Skate scooters preceded the actual board, and it is said that some port workers attached timber crates to the board and rode around the yard when things were quiet. In the 1950s, Californian surfers came up with the idea of riding a board with wheels, and in many places around the world, people were experimenting with the concept of a board with wheels attached, yet the surfers were the first people to get serious about what we now call skateboarding.

By this time, the trend was to build skateboards that resembled surfboards, and with several magazines emerging at this time, the trend slowly began to take hold of America. As you would expect, there were some amazing creations, some of which are collector’s items and fetch very high prices whenever they go on the market. Many people prefer to make their own board, and with online suppliers of the very best skateboard decks and slick wheel sets, you can create a truly unique board that is tailored to suit your riding style.

Composites arrived on the scene in the 1970s, with polyurethane making a big splash. Light and extremely durable, this material revolutionised the manufacturing of skateboards, and along with the ongoing design improvements, the type of boards we use today began their journey at this time. In California, with the absence of skateboarding parks –which invariably followed – the kids used to congregate at shopping malls, where the car parks could be used to ride, and in the summer of 1975, the Del Mar National Championships attracted 500 contestants from around the country, and from that time on, skateboarding continued to attract people, both serious riders and those who enjoy the freedom and challenges of trick riding.

By 2001, skateboarding was more popular among US teenagers that baseball, which is a reflection of just how many young Americans owned a skateboard, and today, the sport has become big business with major sponsors and championships in both the US and the UK.