Your mind and body deserve a rest. You shouldn’t force yourself to do too much because it will affect your productivity, your health and safety. 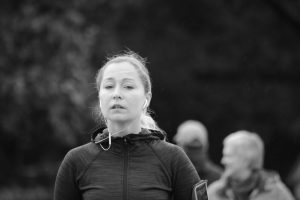 Don’t push too hard because everything has a limit. There are things that you can’t do when you have lesser energy, read on for some tips:

The National Highway Traffic Safety Administration reported that there are nearly 100,000 cases of car collision due to driver fatigue. You’re not only increasing the risk of accidents on the road, but you are risking your safety. When you feel exhausted or sleepy before or after work, try to walk for some time or drink coffee. If you need to take a long drive, make sure you pull over on gasoline stations to take a nap.

Don’t try to stick with your daily workouts when you’re tired. Working out needs a lot of energy and if you don’t have that, it’s a total waste of time.  If you really need to hit the gym, focus on light cardio, such as biking, walking, or the elliptical.  When you’re tired, you’re more likely to have cramps or damage a muscle. In short, you are susceptible to injuries when you’re exhausted.  Before workout, pump up your sugar with a piece of fruit.

There’s a right and wrong way to take a nap. You can take a nap early in the day. Napping too late and too long will make you less able to sleep at night. When you’re unable to sleep, the more you’ll get tired the following day. The best nap is about 20 to 30 minutes in the early part of the day.

When you’re tired, your tendency is to drink more coffee to make you more alert. However, drinking too much caffeine will make you more sluggish when the caffeine effect drops down. Coffee has half-life of up to five hours. Half of the caffeine remains in your system for the next five hours. According to Daniel Barone, MD, a sleep expert at Weill Cornell Center for Sleep Medicine at New York-Presbyterian Hospital, drinking coffee after 1 p.m. will make it hard for you to sleep at night because your brain thinks that caffeine is there.

When you’re tired, it’s better to schedule the difficult work later. Working too much when you’re tired will definitely make you less productive and inaccurate. You don’t want to yawn in front of a board meeting or a job interview. Get enough hours of sleep each night to eradicate errors at work.

Don’t fight with your partner.

Everyone gets moody when exhausted. However, this doesn’t give you a license to pick a fight with your partner.  Incomplete sleep makes one unable to control their emotions. There are findings that you become less sensitive to others when you’re tired and sleepy. This could raise the chances of misinterpretations and misunderstandings. The next time you’re tired, just go to bed early and avoid discussions with your partner.

Don’t give in to your junk food cravings.

Studies have shown that tired people are more likely to crave for high calorie and fatty foods. It is because the part of the brain that controls the decision is distorted and the part that dictates the desire is augmented.  Most people who are tired usually search for a dopamine release. This is why eating their favorite junk foods makes them happy.

Caroline Walters writes in many platforms, including websites, magazines and several books. She focuses on topics: healthy lifestyle, nutrition and heroin addiction treatment and withdrawal.  Caroline is a surfer, cook, artist, mother and a wife.