It’s surprising how expansive it feels to have clear surfaces, neat and organised cupboards, and know where everything is the moment you want it. No matter how big or small your living area, there are ways to reclaim space and create more Zen in your home. 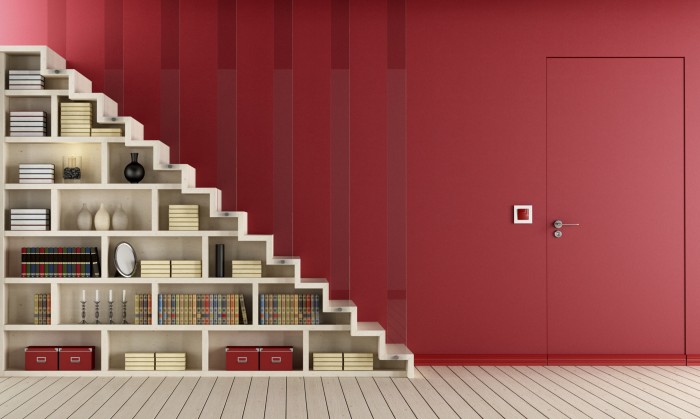 The more clear surface area you can have in the kitchen, the more calm and Zen-like it will appear. Plus, you’ll be far more motivated to do some creative baking or cooking when you don’t have to clear space for the mixing bowl first.

Start with small appliances like the toaster, citrus juicer, or other kitchen gadgets you use a lot but don’t need on show. You can hide these away inside cabinets, and install pull-out shelving so they’re easy and quick to access. Other ideas, such as built-in workstations with fold-back doors can be used to house bigger appliances like the microwave or coffee machine. When you’re not using them, just slide the doors closed and all is calm again.

Another nifty idea might be to do away with appliances and utensils that you haven’t used in a while. In case you prefer not to dispose of or resell them, but instead wish to store them for later, then you may want to go over at this website to learn more about different storage options that might come in handy.

Also, throw away the memo pads and shopping lists that make fridge doors look untidy. An inventive alternative is to fix a chalkboard inside a cabinet door. Shopping lists or to-do notes are still easy to write, but they’re not always on show, cluttering up your surfaces. Tip: if you write shopping lists on a chalkboard, take a quick snap with your phone camera before going out instead of rewriting the list on paper.

Creating a Zen atmosphere in bedrooms promotes relaxation and healthy, restful sleep. But getting there depends on having plenty of storage so you’re not surrounded by and sleeping in clutter. Here are some ideas:

Get yourself an ottoman bed that has storage space under the mattress. It’s neater and cleaner than just shoving things under the bed, and if you have a double or king the space is cavernous. Very handy for spare linen, or even for out of season sports equipment.

In kids’ bedrooms, cabin or platform beds offer out of sight storage for toys, games, or clothes. If they need a desk but don’t have room, consider installing a fold down desk against a wall. They practically disappear when they’re not being used but provide important homework areas when they are needed.

Peg rails are not just for coats. Hang them inside wardrobes or closets and use them to store shoes. Similarly, self-adhesive hooks along the inside back of the wardrobe make handy handbag holders.

Living rooms are the worst offenders (after kitchens), when it comes to accumulating clutter. Storage occasional tables work wonders to help you control the number of small items hanging around on surfaces, such as games controllers, TV remotes, or phone charging cables.

If your room is large enough, you could pull the sofa away from the wall slightly and use that hidden space for kids’ toys, in baskets or plastic tubs so they’re easy to get at and put away. Another way to use baskets or tubs is to mount them under shelves on runners, or in bookcase alcoves.

Seating that doubles as storage is handy. A built-in window seat (with storage beneath) looks great in a bay window, or you could have a few portable, storage stools for occasional, moveable seating.

We all have a bit of the hoarder in us, having possessions we want to keep hold of but not necessarily have on display or use regularly. Instead of keeping these things at home where they take up valuable room, an alternative is to rent some self storage space. Most towns have them these days.

Inexpensive and with sort term rental terms (just a week at a time), it’s something you could experiment with without fearing being tied into a long contract. And don’t think you need to rent a whole room if you don’t need it. Many also do locker-sized spaces where you can keep small, valuable items, and provide boxes and packing materials.

If it doesn’t work, nothing is lost, but you may find you like the extra space and Zen atmosphere you gain at home as well as knowing your precious items are under secure lock and key.