Truth be told, it would take some skill to travel the length and breadth of the modern day city without your smart device like your smartphone or tablet PC picking up on some open WiFi networks to connect to, many of which are free. As extensively available as free internet is being made however, the reality is there will definitely be some periods of time when you can’t find a connection, during which times you have to effectively pay for the internet you use, i.e. use your data bundles as offered by your mobile network carrier. 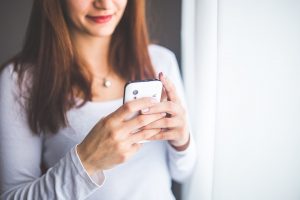 For those of us who live in more of the suburban areas it’s a reality we face a whole lot more than the average city slicker, as the free WiFi-offering coffee shops disappear and give way to residential properties. It is at this time when you realise that smart devices are actually quite data hungry and they can really drain your data very quickly, which means they can drain your budget just as quickly.

The same applies for devices such as laptops – however by applying just a bit of acquired tech savvy you can quite easily plug the money drain that’s effectively connected to your smart devices.

Nobody ever has any right to dispute the importance of running updates on the apps you have installed on your smart device, as well as updates on the firmware, which admittedly aren’t as frequently required as those of a third-party application. So it’s important to run regular updates and keep your apps up to date, mostly because of security issues that are patched up with each new update released by the developers.

In order to plug the drain however, switch of automatic updates and endeavour to update your device manually, which should subsequently have you updating it when you’re connected to some of the free Wi-Fi available at a coffee shop or anywhere else, for example. You might have to make an effort to remember to search for updates, but that’s something you could perhaps set a reminder for. Make it a habit to set your device to search for updates when you’re connected to free internet.

Only use apps which are compatible with your device

Generally developers will try and accommodate as many devices, makes and models as they possibly can with the apps they release, but it’s very possible that some devices could “fall through the cracks.” You may get tempted to use all manner of different tricks to effectively force the app to be compatible with your device, but that’s not recommended. Instead of using third-party utilities such as rooting tools and the likes, head straight to the developers and enquire with them directly about your device’s compatibility. If you want to enjoy some online casino games via a William Hill sports betting or bingo app for example, this page will show the apps available for your device (Android or iPhone), with the important thing to take away from this recommendation being that you are liaising directly with the developer, which means no nasty surprises by way of third-party pop-up ads and other data-hungry processes which tend to form an inherent part of third-party “solutions” to a “problem” that is already addressed by the original developer.